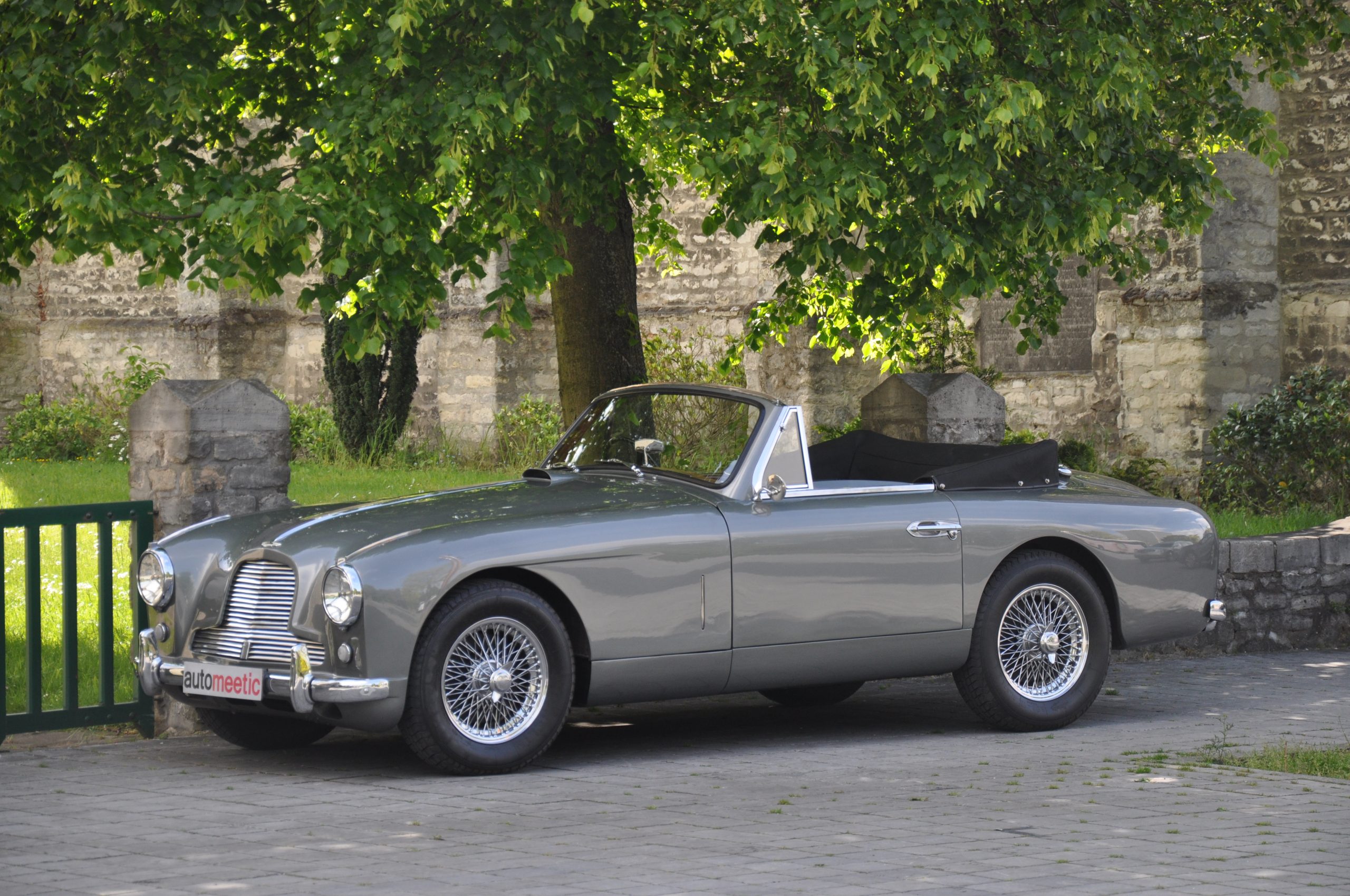 This beautiful Aston Martin DB2/4 DHC was delivered new to Mr Tanner in 1954. The original licence plate was KBU 466. This licence plate is still present with the car, which is incredible!
LML/780 remained in the Tanner family until 1988.

After that, Mr Cakebread bought the car. According to the various technical checks, he only drove the car for 1000 miles until 1999, when he sold it to a German. This was the first time the car had an owner outside the UK!

The German owner decided to completely dismantle the car and strip the body down to bare metal and have it completely repainted.
A considerable amount of invoices show that Mr Veltrup’s has maintained the car very well.

The current owner bought the car in 2014 from Mr Veltrup. Recently the front suspensions have been replaced and the car has undergone a full mechanical overhaul.

LML/780 is obviously still with its original engine as evidenced by the Build sheet and the Heritage Trust Certificate.

I am interested!
Share on Facebook
Recommend to someone
See more vehicles
Disclaimer : The presentation of cars or other products and services offered by the seller and the prices indicated on the website “automeetic.be” are only given for information purposes and do not constitute an offer to sell. This information may contain gaps or inaccuracies (in particular as a result of typographical errors) or contain references to products that are no longer available. It may also be modified at any time without notice without the buyer being able to derive any rights from it..